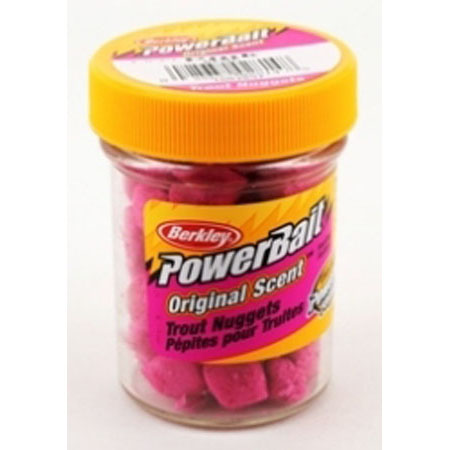 The type of terminal tackle (accessories attached to the fishing line's end such as leaders, sinkers, hooks, snaps and swivel) will determine the success you'll have during trolling, angling or fly-fishing. However, they will only give positive results if the right fishing bait and lures are used to attract the fish. Below is a list of some of the most popular types of lure.

This bait consists of living creatures found within the environment. Usually, it forms part of the natural food source for fish hence will work with many types of fish. The type of live-bait will vary from region to region. Examples include earthworms, minnows, night crawlers, frogs, cricket, leeches, crayfish, salamanders and maggots.

The lure is used as an alternative for live bait and comes in the form of frogs, crayfish, flies, centipedes, worms, newts, or fish. It is made from very soft material such as rubber or plastic. The lure can be used on its own or together with jigs. Berkley Powerbait is an example of soft lures. This variety comes with a scent or flavor which helps in attracting fish. It works on trout, pike, crappie, bass, sunfish and walleye.

Jigs are quite popular when it comes to luring fish. The lead head is placed directly opposite the hook's tip. The rod is occasionally moved to make the jig move. Plastic worms, red wriggler worms, minnows, or crayfish are attached to the hook. It is used to fish bass, carp and trout.

Crank baits are at times referred to as plugs. They are viewed as an advanced form of a jig. A scoop is positioned below the head. Slightly shaking the lure makes it move severally in the water. This makes it a bit unstable compared to other lures. The lure is quite popular for trout fishing.

Spoon lures also known as jigging spoons resemble the inside of a spoon. They are among the most affordable lures in the market. They will sparkle when light shines on them, and their curvy shape makes them dart and wobble at the slightest movement. They will mostly be used to fish perch and salmon.

These lures also referred to as poppers float on the surface of the water. They resemble creatures or prey that thrives near the water's surface. Fish have to come near the surface to grab the lure. They are used in fresh water that is shallow or has lots of weeds. Bass can be caught using this type of lure.

These lure futures a blade that spins while inside the water. The spinning effect makes it appear like fish scales hence attracting fish. The speed can be varied to suit different situations. Due to their movement they are best suited in large bodies of water. They are used to fish bass and walleye.

When choosing bait, pay attention to several factors including the most abundant bait in the area, fish, personal preference and the regulations in the region. Many pro anglers have found that ready bait such as Gulp Alive and Powerbait from Berkley, or fishing bait and lures from Sebile often yield the best results. Browse through iboats wide variety of fishing bait and lures to find the bait that will help you reel in the big catch.