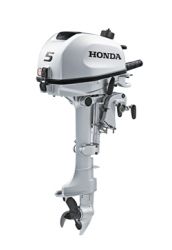 Free Shipping to the lower 48 states.

Free Shipping to the lower 48 states. Please be careful when ordering to choose the correct product, outboards are NOT returnable.

Free Shipping to the lower 48 states. Please be careful when ordering to choose the correct product, outboards are NOT returnable.

The first thing we want to do is we want to take the line that supplies the fuel for the carburetor. We take that off. Also, on the bottom, where the in-take is with another hose, take that off. With your ten millimeter socket, unscrew the screw that is located on top of the in-take. Just like that. You don't need have to take it all the way off.

You want to get a flathead and match up a flathead that fits snuggly right in there. Not too big, not too small, it needs to fit right on there so you don't strip or break anything. It's best if you get WD-40 and you squirt some right on top of it and let it soak for about four minutes and then get right into it, but mine's loose so I know it will come out easily.

You want to get the flathead, get right on the jet. You want to turn it counter-clockwise to remove it. This is what you're going to get. This little piece. As you can see, you can't see direct sunlight through it. This is clogged and this is why this engine wasn't running properly. It's a very tiny hole, as you can see. You need to get a needle or if you've got an air compressor, blow some air through it so it clears it up.

Another good idea is maybe you want to spray some WD-40 right in here. On this little needle thing that the float works on that allows how much gas to enter the carburetor so it's working good, so it won't stick at all.

As you can see, I've cleaned the hole and you can see the sunlight coming through it. That's how it should be. See that? That means it's unclogged and your engine's going perfectly now, so you want to screw - you want to put this back in. Screw this back on. I could see that there is some dirt and stuff located in the carburetor, so what I'm going to do now is get a carpet cleaner and I'm going to get it all out. Want to get a rag and go inside and clean it out.

Once that's complete, we're going to assemble the carburetor back up. Put in your two fill-up screws back. A Phillips Screwdriver, I'm going to tighten down the bowl. Once you've down that, install your carburetor back on your engine.

This is the in-take for the carburetor. On the bottom right here, this is where this hose connects. We're going to connect that and then we're going to - actually, I'm going to take the screws out. It's going to be easier.

Take one of your screws, push it through, the in-take to the carburetor. I'm going to get my eight millimeter socket, screw it in so it holds, and get you other screw and do the same thing for the other side. Now I'm going to tighten up the screws. Last thing is last, under the throttle cable, push it up there, tighten this bolt, and that bolt is a ten millimeter. Just tighten it snug and tight just like that.

That's how easy it is to carburetor back on and to clean it. Now, I'm going to start the engine.

Reviews
Write Your Own Review

There are no reviews for this product. Sign in or register below to be the first to review this product.
Only registered users can write reviews. Please Sign in or create an account